Lindie Botes was born in South Africa, speaks 10 languages and has lived in France, Pakistan, the UAE, Japan and Singapore. She is a full-time designer and a part-time language YouTuber currently based in Singapore, eager to share her passion for language learning with anyone!

I’m Lindie and I’m a Third Culture Kid. I was born in South Africa, and then my parents, brothers and I moved to France for 9 months. The plan was to stay there for a while, but things changed at my dad’s work and we got sent to Pakistan. We lived there for 3.5 years until we had to evacuate during 9/11. Then we went back to South Africa for a bit, followed by a 5-year stay in Dubai. After I started university in South Africa, my parents moved to Japan for 4 years, and I spent all my uni holidays there. I just moved to Singapore one month ago.

Because of my interest in foreign languages, I feel a strong connection to Korea and Japan. I am a culmination of all the places I’ve left my heart, whether that be a place I’ve visited multiple times, or spent years living in. Not going into detail, but I can also live in a place for a long time and not leave my heart there, too, hehe.

Growing up it was difficult to make friends with non-TCKs and non-expats. I was often seen as a snob or came across as bragging when I spoke about my life. It was hard making friends because all of my world views and frames of references were so different. In university this panned out a bit and I found being in a class of fellow designers gave us more points to connect on than I ever could with fellow high school students in South Africa.

While at university, my parents lived in Japan and I would visit them every few months. I spent a cumulative amount of one year in Japan, over the span of 4 years. Having Japan be my “home” for that time really had an impact on my studies in Information Design. I purposefully chose to do my compulsory internships in Tokyo instead of in Pretoria. I was the only person in my graduating class to do their internships outside of South Africa. Many people saw me as adventurous and brave, but for me it was the logical choice not only because my parents lived there, but because of my love for Japanese design. 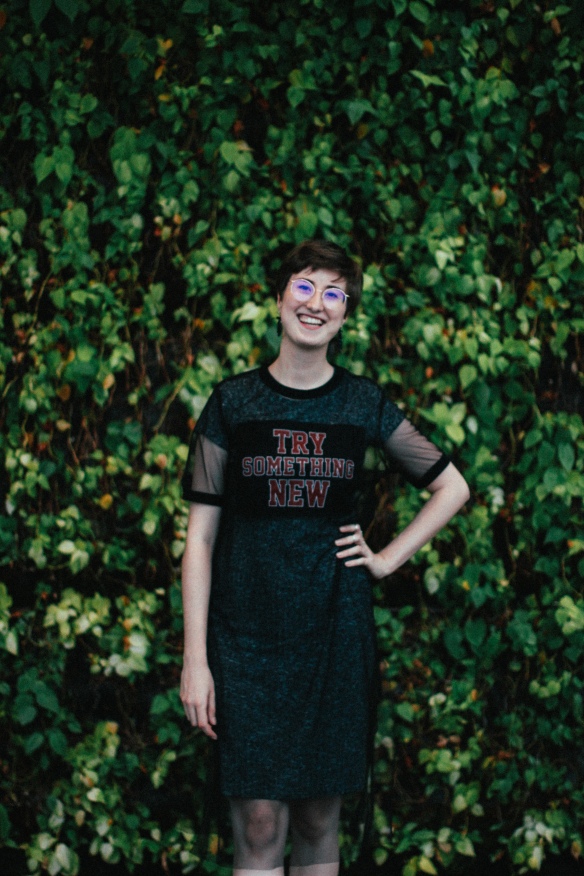 If I weren’t a TCK, I don’t think I would have applied for a job in Singapore as I probably wouldn’t be comfortable with working and living in a different cultural society than South Africa. I’m glad my upbringing has given me confidence to pack up my life in one place and easily move to another without fear or stress.

What do you usually say if someone asks you where you’re from?

“I was born in South Africa but grew up in the Middle East and Asia”. People usually ask where, which is fine and I’m happy to explain! But it just feels wrong to say “I’m from South Africa” because my background is so much more than that.

Have you ever felt the “need” to fight racism? Or counter ignorant statements about different cultures?

Absolutely. Someone on the train asked me the other day “how’s the racism in South Africa?”. It was rather out of the blue and I didn’t know what to say as it was coming from a stranger. I also often get questions like “Why are you white?” or “which country in South Africa are you from?”. I try and answer politely with reference to history and politics, but it gets tiring often. I can understand that history and geography may not be someone’s strong point, but I make an effort to look at a map and know where a country is, so I would at least expect someone to know that South Africa is a country, even if they can’t place it on a map.

On the other end of the spectrum, I have some relatives who have reacted negatively when they found out I dated an Asian guy in the past. That’s just pure ignorance and needless to say I don’t really share much of my personal life with them anymore.

What country is “home” to you currently and why?

Singapore. I know I’m where I am meant to be at this specific point in time!

Do you picture yourself settling in a specific country? Why?

That’s a really tough question. Settling is hard for a TCK! I feel like many TCKs have commitment issues when it comes to choosing to live in one country. I enjoyed growing up having to move countries every few years, and it’s in my blood to want to move around a lot. If I get married and have children though, I’m not sure I’d want to subject my children to the stress of uprooting every few years, unless it was part of my job or my husband’s job. If that’s not the case, I would probably settle somewhere until my kids are out of the house. Then time to move around again!

What are your views on relationships? There’s an on-going debate on whether TCKs should be with a TCK partner or a non-TCK partner. While love should have no boundaries, do you think the story that has shaped you should be understood in some way by the partner you are with?

I’m a Christian and the most important thing for me when looking for a partner is meeting a fellow Christian. Having the same faith already creates a lot of common ground for us. That aside, it has been difficult to connect with fellow South Africans, especially if they haven’t lived overseas. Our interests and worldviews have just been too different, and I’m not really interested in South-African-style dating, like clubbing, going to a game reserve to camp, watching rugby or having a barbeque.

Even if my partner is not a TCK, the most important thing after our mutual faith is whether or not he can understand me – and generally guys who understand me are the ones who have traveled a lot, lived overseas, or are interested in different cultures.

Though I’ve never dated a fellow TCK, I’ve had relationships with non-South Africans and found it rather easy to communicate and understand each other. I think part of this is because I speak other languages and tend to be attracted to people who speak those, but in general, being a TCK and having grown up here and there is what formed my identity, and I need someone who can understand and relate to that. For example, having spent significant time in Japan is a great talking point when I meet a Japanese guy, or being able to speak Korean made it 100x easier to understand cultural nuances when I was in a relationship with a Korean guy before.

Have you ever had to move back to your “original” home? If yes, how was that been?

Very difficult. I suffered severe cultural shock each time. South Africa is not a very safe country, and I disliked having to look over my shoulder each time I got in or out of a car or left my house. That was something I never had to do overseas.

As a high schooler, moving back to an all-girls school was difficult because girls had already established their own friend groups. I was coming in as not only an outsider to the school, but to the country and my own culture as a whole. I tried many coping mechanisms, one of them being trying to adopt a strong South African English accent, scattered with South African slang here and there. I look back at videos I took in high school and can barely believe I’m the same person.

I’ve never heard of this debate, nor have I ever associated TCKs with white people. Interesting. I can see how kids of immigrants can have similar situations as TCKs, but if they’re living in one country for a long time and have grown up there, they probably have a stronger sense of home to that country than a TCK will ever have. Whether I agree with it or not, the concept of identity and gender is very fluid these days. I think the same can be applied to the TCK term – though you may not “tick the boxes” you can certainly share the same experiences. I find that I connect well with ‘halfies’ too – mixed race people often tell me how they struggle to feel completely part of one nationality or culture, regardless of whether they are a TCK or not. This is something I can identify with, but that doesn’t mean I am a halfie. 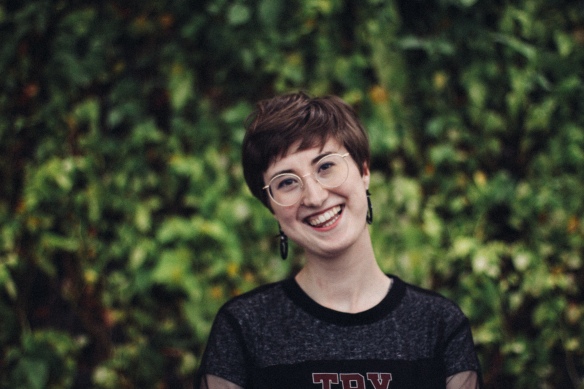 Lastly, are there any tips you’d like to share on adapting as a TCK? In some situations, you are in a one-culture environment and it may be a culture you are familiar with but is not 100% you.

It probably comes with confidence in foreign languages, but making friends with locals rather than expats from the start has helped me settle into a country more and reduce culture shock. Eating with locals at their favorite food stalls instead of dining at fancy expat restaurants is one example of a way to settle in quickly and comfortably. Sometimes I don’t like going to new places alone, so making friends with locals helps me feel comfortable in a new area if they can take me around. There are always websites like Internations to find fellow expats in your area, and those are great if you need someone in the same situation to talk to, but personally I enjoy using local meetups and apps to meet people who are from the country I’m in.

That being said, I found lots of benefit in talking to fellow TCKs, either online or people in the country. Knowing that there are others who deal with the same situations as I do made me find comfort in being a TCK. I’ve learnt that this is my identity and it’s something to be proud of. My background has made me uniquely me, and that’s something no one can take away from or deny.